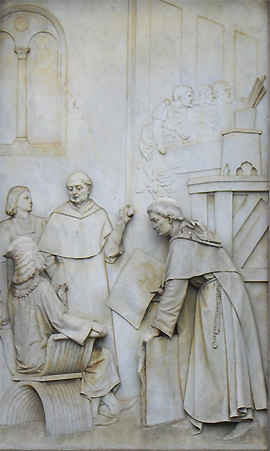 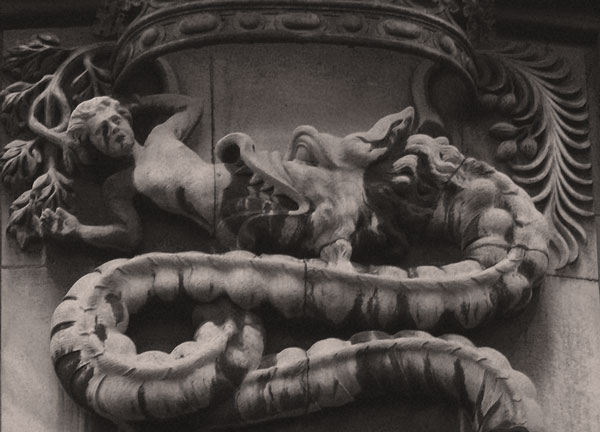 "Bethink, the more alive and more beautiful it is, the important will be your fame in future times”. In 1492 Bernado Bellincioni, court poet, composed these lines in a poet's virtual dialog with the nature before he died.

Most likely, Bernardo and Leonardo communicated well during their times at the court of Ludovico Sforza - known as Il Moro - at Milan. With their ideas and works they participated together in the festivities at court, discussed the events of the time and - last but not least - exchanged their views respectively topics of their contract works. One as a poet with his "native” ambition respectively necessity to glorify his sponsor Ludovico Sforza - the other one seemed to change unresting from one project to another - by claiming that painting is the noblest and more creative art compared to all other arts. So as to reproduce completely respectively reflect the nature - this exists only in painting.

It is said that inspite of this creativity, Leonardo had a lot of fun to mock others in one way or another, but also to amuse people. Numerous aphorisms, which he put forward at the court, are an excellent proof of that.

Leonardo da Vinci painted the star of nature, as mentioned in above poem. Cecilia Gallerani was one of the mistresses of Prince Sforza. The painting remained in her possession until she died. We know that she was about 16 of 17 years old, when Leonardo finished his painting. And it is relatively likely that she was pregnant.

There are a lot of speculations about this in literature, especially because the ermine was considered as a protective animal of the pregnant women in those days. The possibility of a playful allusion to the image that the ermine Ludovico Sforza was himself taken for a ride. The latter finally uses the ermine in one of his emblems. Meanwhile, there are extensive studies on the allegorical use of this animal species in the Renaissance.